In a surprise move last September, the Trump administration supported a Christian bakery owner in Colorado who refused to make a cake for a gay couple's wedding. The Justice Department filed a brief at the Supreme Court that argued the baker's religious convictions allow him to sidestep Colorado law, which bans businesses from anti-LGBT discrimination.

Weeks after taking office, the Trump administration withdrew guidance that said Title IX of the Education Amendments of bans anti-transgender discrimination in federally funded schools. That Obama-era policy had said transgender students must be treated in accordance with their gender identity in classes, sports, and school facilities.

As such, it instructed schools to give transgender students access to gender-appropriate restrooms and locker rooms. Up to that point, Trump administration officials had simply said they were still considering the whether Title IX covered transgender students.

Officials did not answer questions about how the department reconciles its new position with circuit court rulings that conflict with their position. In July , Trump announced he would ban transgender people from serving in the military in any capacity, thereby reversing a policy created under the Obama administration. He claimed he had consulted "[his] generals" and determined that transgender people would harm troop readiness.

Attorney General Sessions instructed federal agencies and attorneys in October to protect religious liberty in a broad, yet vague, guidance memo that critics fear could give people of faith — including government workers and contractors — a loophole to ignore federal bans on discrimination against women and LGBT people.

The memo says officials should construe the Constitution and existing federal law in favor of religious rights. Sessions was asked by Congress in October if the guidance would allow federal employees and federal contractors to discriminate against LGBT people, but Sessions refused to answer.


That's interesting. On the one hand, it's tempting to think that there's something quite right about people feeling ashamed about going on food stamps or visiting a food pantry.

We want people to expect to provide for themselves, if they can. On the other hand, if this shame flows from the same sense of pride that prevents us seeking downmarket employment, giving up our tony suburbs, or trading in our late-model cars for lesser vehicles, maybe it would be better if we were less proud all around. Join them. Subscribe to The Economist today. 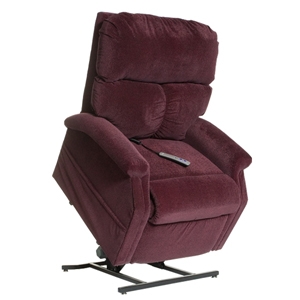